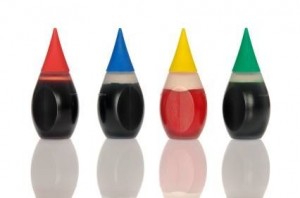 Reactions to food dyes are not IgE (true allergic type) reactions, so they are sometimes classified as food intolerances rather than food allergies. There are IgG tests that can determine sensitivity to food dyes, however most Board Certified Allergists don’t find these evaluations helpful. Our own experience is that the IgG testing was valuable, and helped us to steer clear of any product with certain food dyes that caused reactions in our daughter.

In 1960 Congress passed the Color Additive Amendment. This was a federal law that required all the dyes and colorants in food, drugs, or cosmetics be tested for safety before being used in any item sold. All the colorants then in use were tested. Of the nearly 200 substances used back then, very few survived the testing process. Today there are less than 35 dyes approved by the FDA for use in foods, drugs, and cosmetics.

Certifiable color additives are available for use in food as either “dyes” or “lakes.” Dyes dissolve in water and are manufactured as powders, granules, liquids or other special purpose forms. They can be used in beverages, dry mixes, baked goods, confections, dairy products, pet foods and a variety of other products.

Lakes are the water insoluble form of the dye. Lakes are more stable than dyes and are ideal for coloring products containing fats and oils or items lacking sufficient moisture to dissolve dyes. Typical uses include coated tablets, cake and donut mixes, hard candies and chewing gums.

Food dyes are in so many children’s foods today that it is difficult to pinpoint this substance. My son ate foods containing food dyes as a toddler because many of the foods were nut free, and therefore a wonderful treat for him!

We began to notice a link, however, between his eczema flaring and his ingestion of food dyes. He seemed to get eczema from all food dyes. However, some children may only react to one, for example Red #40. There are children who will have anaphylactic reactions to food dyes, so the allergy is potentially serious. Children may even be prescribed epinephrine for this!

It is difficult to determine which food dye is causing your child trouble because there are no specific allergy tests for food dyes. However, I would encourage an IgG testing if you believe your child is reacting to food dyes. Our allergist has told us that aspirin and yellow #5 (tartrazine) allergies seem to cross react.

Candy such as gummy bears, Skittles, Popsicles, ice creams and lollipops all have food dye. There is also food dye in many cheeses, crackers and breads. The key is to read the label! Some labels may just say artificial color and flavors, which is a catch-all phrase.

We have yet to determine if yellow food dyes are more lethal to our son than red food dyes. Some families have gotten this specific, and know which dyes to stay away from.

We’ve also found problems with food dyes being in liquid antibiotics. Talk with you pharmacist and physician before prescribing antibiotics to see which one is best for your child. My son is able to swallow pills, and we therefore are able to circumvent the liquid antibiotic route. I have heard that Amoxicillin does come in a dye-free form; however it may be necessary to obtain this from a compounding pharmacy.

Also, both Benadryl® and Motrin® come in dye-free formulas, as do many other over-the-counter medications.

Many lotions and shampoos also have food dyes in them. This doesn’t seem to bother my son. He seems to react only to foods that are ingested. Other children may also react to topical solutions, however.

Because red dye #2 is believed to be carcinogenic, it hasn’t been used in foods for decades. However, many of the dyes not allowed in foods can be in cosmetics and drugs. Cochineal dye and its close relative, carmine, are now being reconsidered as safe food dyes. These food dyes have received much press given that they are derived from crushed beetle carcasses. They have been around for hundreds of years, yet are causing anaphylaxis in some people.

Annatto is a food coloring derived from the seed of the Bixa Orella tree. The coloring is a yellow/orange and it is used extensively in crackers, cookies and bakery goods. My son also experiences eczema after eating products with Annatto.

Yellow food dye #5 (tartrazine) has been implicated in allergic reactions also and triggering asthma episodes. There has been some research by the FDA to also link it to thyroid tumors. There are also Blue food dyes such as Brilliant Blue #2, which have been linked to allergic responses.

Anecdotal evidence from parents has linked food dyes to hyperactivity in children and ADD symptoms. Removing food dyes from the child’s diet creates an entirely different kid – one that can focus and sit still.

We’ve learned that eating foods as close to the source of origination is best. Therefore, food dyes aren’t a part of our son’s diet. Meats, fruits and vegetables don’t naturally contain food dyes!