Allergy to soy is a major allergy and one of the more common food allergies.  Soy, which is called Soya outside the USA, is used in most manufactured products and also in fast food restaurants such as McDonalds and Wendy’s.  Reading labels is a must!  Almost 60% of processed foods have soy in their ingredient list.  Many people allergic to soy are also allergic to other legumes such as peas, peanuts, lentils and garbanzo beans.  In countries such as Japan where soy is a staple in the national diet, soy allergies are much more prevalent than in the USA. 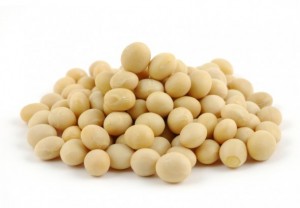 The allergy to soy can be mild to life-threatening anaphylaxis.  My son’s allergy to soy is mild.  We put him on a soy formula after I stopped nursing him at 8 months old knowing that milk allergies run in the family’s children.  The allergy to soy was later tested at a 1 on the skin prick scale.  Our allergist felt that this allergy was enough to be upsetting his immune system warranting taking him off the soy milk.  We gave him rice milk at 18 months old, and he continues to drink it today.  We didn’t take Morgan off the soy milk until he was 18 months old however.  He had 10 months of soy milk to which he was allergic!  This was probably pushing his immune system over the edge, especially since as a baby, his main nutrition was from the soy milk.

Soy allergies are particularly common in infants and young children, according to the National Institute of Allergy and Infectious Diseases. It’s difficult to avoid eating soy because of its wide use in many processed foods, including infant formula, cereals, and salad dressings.

Research has been done on soy allergies. Using a “gene silencing” technique, researchers were able to “knock out” a gene that makes a protein called P34, which is thought to trigger most allergic reactions to soy. Tests on blood from people allergic to soy showed no antibody response to the plant with the knocked-out gene, indicating that the allergen could not be detected. The plant’s characteristics were also analyzed. “We see no change in the pattern of growth, productivity, or protein composition,” says Eliot Herman, Ph.D., lead researcher on this project and molecular biologist at the U.S. Department of Agriculture’s Agricultural Research Service.

The work is not done yet, cautions Herman. “There are up to 15 different proteins in soybeans that people are allergic to,” he says. “The major one, P34, is responsible for 75 percent of the allergic reactions. How much do you have to get rid of to not trigger an allergic response at all? This is what we need to find out.”

Soy is botanically related to peas, green beans, peanuts and carob as they are all legumes. Some children are able to tolerate one legume, and not another. There is separate allergy testing available for each of the legumes if you suspect your child is tolerating some legumes and not others.

The allergy to soy can be mild to life-threatening anaphylaxis. For those with soy allergies, it is necessary to avoid anything that has ‘soy’ listed in the ingredients. This includes soybeans, soy protein, soy sauce, and soybeans. There is now soy nut butter available in my local grocery store – not a good choice for a soy allergic child! Apparently some children do tolerate soy oil and/or soy lecithin. It is a good discussion to have with your child’s allergist to determine if any soy needs to be in your soy allergic child’s diet.