Many state legislatures are currently hearing testimony about “stock epi” bills, which will benefit school children with diagnosed food allergies, and those who haven’t yet been diagnosed. Several states, including Virginia, California, Georgia, Illinois, Kansas, Missouri, Nebraska, and New York, already have stock epinephrine laws in place.

Colorado HB 13-1171, concerning the use of auto-injectors in emergency situations in school settings, has recently been passed by the House Public Health Care & Human Services Committee  by a vote of 11-2. We have a long way to go to get it through the House and then through the Senate before the legislative year ends in May 2013, but it is a good start! 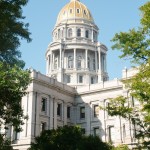 What is stock epinephrine? It allows a school (generally defined as K-12, public and private) to have an epinephrine device (either EpiPen or the new Auvi-Q) that is non-student-specific. Stock epinephrine can be used in anaphylactic emergencies at schools for students who do not have epinephrine auto-injectors on campus. A student may have a diagnosed food allergy, or may not.

What are the benefits of this legislation? There have been at least two deaths in the last 18 months where a child had a severe allergic reaction at school and did not have epinephrine prescribed for them. If the school had a stock epinephrine device, these children could have received a dose while 911 was being called. The hope is that a school nurse, or a nurse’s designee, would be able to administer the epinephrine after noting the allergic reaction. In other words, lives would be saved!

Most doctors and allergists that I know are in favor of this legislation, as is the National Association of School Nurses.

What are the potential issues with the legislation? For those states where school nurses are handling thousands of students across several campuses, there are designees  assigned under the nurse’s  license to carry out doctor orders. Therefore, you could have an issue of a non-medically trained school secretary attempting to determine whether a child’s stomach ache is from the flu or the beginning of an allergic reaction. While epinephrine shouldn’t cause any harm to most people, giving the shot unnecessarily certainly isn’t what any school district wants to happen because of potential liability.

The other issue is the cost of the epinephrine devices that generally expire after one year. Most schools are woefully underfunded and spending $250 per 2-pack for an epinephrine auto-injector for every school every year adds up quickly. The expense is the biggest issue I’ve been hearing about in my school district that overall supports the legislation.

The last issue that I heard was brought up by a Colorado parent of two children with food allergies. She was concerned that cash-strapped parents may assume that if this legislation passes in our state that the child’s school will always have an extra epinephrine auto-injector on hand. Therefore, parents may not spend the money to send in an extra EpiPen or Auvi-Q to school with their child, only to find out that the school doesn’t have the money either!

I think a voluntary stock epinephrine law is preferable to a mandatory law because of the current fiscal environment. That will also allow individual school districts and schools to determine what is right for them. Check out your state legislature to see where you can help – testify, send emails, and get involved with this legislation!