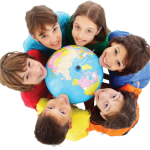 Wouldn’t it be amazing if your child’s school removed all food from the classroom? Imagine what that would be like for those students with food allergies! You wouldn’t have to worry about a safe snack box; you wouldn’t have to worry about snacks at all! No birthday celebrations of cupcakes, no holiday celebrations of buffets of sweets, cookies and candies – no food at all!

There was a time, when my son was in elementary school, that such a thought was a pipe dream. Yet, there were other parents even then – 10 years ago – who thought like I did. Why is there so much food in school these days? When I was in school (back when the dinosaurs roamed, as my kids remind me), we ate at lunch time in the cafeteria. That was the only time food was allowed. Now, children get morning snacks in kindergarten. And they are only at school for 2 1/2 hours! How hungry can a child get in that amount of time? In my son’s high school, students can eat anything, anywhere, anytime. And they do! They eat and eat and eat. And sadly, most of the time, they don’t clean up after themselves, which causes even more issues for students with food allergies to have to deal with the mess that’s left over.

In 2006, as part of federal and state initiatives, our school district formed a wellness committee that looked at how much food is offered in school. We also looked at what kind of food was offered. Many of the teachers who were on the committee were blind to the fact that they gave candy as a reward for good behavior. Additionally, they used M&M’s or Skittles for counting and grouping in math. Food was used in science to “examine the chocolate chip cookie.” In art students would draw a box of Captain Crunch and then eat it. It became apparent to me why we have such an issue with obesity in this country! Food – and mainly unhealthy food – was being offered to my kids every day at school.

Getting food out of the classroom will assist with not only obesity, but also with the many medical conditions that students manage. A child with diabetes has to monitor their carbohydrate intake, and doesn’t need the constant barrage of candy that many teachers use to reward good behavior. Parents of children with ADHD, Crohn’s, and autism also wanted to have food removed from lessons. Additionally, parents made choices of their children being a vegan or vegetarian, and I found parents of these children to be of a similar mind to mine. Get food out of the classroom!

There are schools that have implemented “No food” rules. Here’s a short list of schools/school districts that have their policies listed on their websites.

I’m sure there are more out there, but these are the school districts that have it in writing on their website.

I’ve been beating this “No Food in the Classroom” drum for 10 years now. This past Halloween, our school district had two elementary school students, at two different schools, go into anaphylaxis during Halloween parties. Thankfully, both students had EpiPens at school which were administered and they survived. Both incidents involved snacks being brought into the classroom by another well-meaning parent for the party. One snack had “may contain peanuts” written very small – and sadly everyone missed that statement on the label. The other snack was homemade cupcakes and included tiny crumbles of Reeses peanut butter cups on top of the frosting. That mother was supposed to bring in pretzels and thought she was doing a good thing to make homemade cupcakes.

After these two frightening incidents, our school district is progressing toward food free party celebrations. The district has been given the grace of a warning. I really hope they heed the warning and remove food from classroom parties, at the very least. I understand that there are those students who medically need to have snacks during the day and that can certainly be managed on an individual basis. My hope is that one day, schools will move back toward when the dinosaurs were roaming, and all students will eat in the cafeteria ONLY!