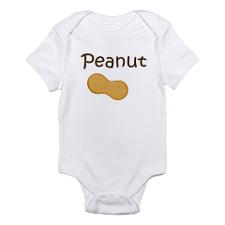 Many of you have probably seen the results of the LEAP (Learning Early About Peanut Allergy) study, which basically found that early introduction of peanuts into a baby’s diet can promote tolerance. According to The New England Journal of Medicine this study was supported by grants from the National Institute of Allergy and Infectious Diseases; Food Allergy Research and Education; the Medical Research Council and Asthma UK; the United Kingdom Department of Health; the National Peanut Board (emphasis added); and the United Kingdom Food Standards Agency. It was a follow up to findings that Israeli children who consumed a peanut snack called Bamba as infants had far fewer peanut allergies than Jewish children in the UK who didn’t eat Bamba.

One of my favorite write ups about the LEAP study was from Dr. David Stukus entitled “Breaking Down the Landmark LEAP Study: What Does it Mean?”

Since the findings of the LEAP study have been released, I’ve been inundated with people, with good intentions no doubt, asking me “Did you see the study that said you should have been feeding your son peanuts?” For those of us parents of children with food allergies, those statements can make us cringe! This study has no bearing on those children who ALREADY have peanut allergies. And, in my opinion, there are a lot of other factors that weren’t taken into account with this study, despite how excited the medical community and the media appear to be.

My son, Morgan, would have likely been a candidate for this research. He was covered in eczema at a few months old, and likely would have tested positive for egg allergies as a small infant (we didn’t find out about his egg allergy until he was 15 months old and reacted to his MMR shot).  He also could have been one of the children who reacted too violently to the peanut skin prick test (over a 4mm wheal) which would have limited his inclusion in the study. (We didn’t have a skin prick test completed for peanuts until he was 18 months old in 1997, and the allergist didn’t provide us the information about the wheal size – just that his peanut allergy skin test yielded a 4+.)

Looking back, had he been chosen to be a part of this study to eat peanuts, I would have had serious reservations. Based upon what I know today, I would certainly decline to ever feed my child peanuts when he already has eczema and an egg allergy. What concerns me about this research is the same concerns I have about Oral Immunotherapy. You can read my blog post, Food Allergies, Mast Cells & Hitting Your Threshold that outline those concerns. Yes, the researchers followed the children until the age of 5, but that is far from a mature, adult gut and immune system. And while they tested the IgE of all participants,  high IgE is not the only indicator of having detrimentally affected the body. Eosinophilic Esophagitis and mast cell issues can be involved without a high IgE. There are many more bodily systems affected, and from what I have read, no endoscopy was performed on the subjects, so the inner workings of the gut were not looked at. The sinuses and lungs were also not looked at. What impact did eating peanuts have on those areas of the body? Having research that only looks at whether a child can consume peanuts doesn’t look at the impact on the body as a whole. Nothing in the study reported on findings in the atopic march.

Next, my concern is what about the multiple food allergies that my son has? If I were to have fed him peanuts, what impact would that have had on his “other” life threatening food allergies –  tree nuts, sesame, fish and shellfish? We didn’t know about all of these other food allergies until Morgan aged and ate or came in contact with these other foods. In other words, a skin prick test at less than a year old may not reveal everything that’s going on in an infant’s body when looking at food allergies.

Lastly, feeding peanuts to a child with eczema and egg allergies SHOULD NOT be done without the consultation of a pediatric allergist. Parents with a Google MD degree don’t have the necessary information to safely embark on this study at home. If your child already is exhibiting allergic issues, see a specialist. Even the pediatrician may not have enough information to safely care for your child effectively.