It has been a firestorm over the last week with consumers, doctors, and the media calling out Mylan for its price gouging of the life saving medication, EpiPen. While Mylan CEO, Heather Bresch, argued that the problem is with the health care system instead of with Mylan in particular, Mylan did come to the PR table to provide further discounts to consumers. 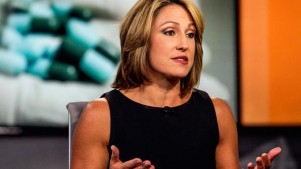 This is too little and too late, especially for the thousands of consumers who have already scrimped and saved to purchase EpiPen 2-Paks for their children to take to school this year. Nothing monetarily was provided for any family who has already made purchases.

Additionally, this appears to be a public relations tool to not only stabilize their stock price (which has dropped almost 11% over the last three days), but also to quell all the media attention.

What should Mylan REALLY do? Here’s what I’d suggest:

Mylan could be a hero to the Food Allergy World if they’re willing to make amends and give up their current corporate philosophy. Become the company that our children would want to work for! If not….then I cannot wait for the competition that’s forthcoming in the epinephrine auto-injector market!