I remember when I first ran into another Mom whose son had food allergies. My son, Morgan, was 18 months old happily playing at the park. I was chatting with another Mom watching her 10 year old son playing. In the course of the conversation, she mentioned that her son had peanut allergies. Since Morgan had just been diagnosed at that time, I was ready for all the scoop on managing the allergy appropriately. She told me to be prepared to be in the Emergency Room a couple of times a year, like they were. She recounted a story about her son eating a cookie, which turned out to have peanut butter in it, and ending up going to the ER. I was horrified!

At that time, I didn’t know much about managing food allergies, but I knew that a couple of trips to the ER every year wasn’t acceptable to us. This was the beginning of an education about food allergies for me and for our family. Mostly, we wanted our son to know that vigilance about his food allergies was going to be required.

So what makes a family too relaxed about food allergies? Through the years, I’ve found that families who haven’t received all the information about how serious food allergies can be tend to be too relaxed. Sadly, these same families are frequently the ones who don’t carry an EpiPen or Auvi-Q with them at all times, and some haven’t even been prescribed an autoinjector. When anaphylaxis occurs, they say that they never realized how serious a food allergy could be. It’s tragic.

This points to another issue – many families only see their primary care physician and not a Board Certified Allergist about food allergies. We were so lucky that our primary care doctor knew when he was out of his league with Morgan’s reactions. He referred us to an allergist for proper care. A Board Certified Allergist should be able to distinguish the false positive from the actual food allergy. An Allergist can determine whether the wheeze is from asthma or another source. It’s their specialty.

Then there’s the too relaxed family where the child hasn’t had any food allergy reactions in years. It’s easy to become complacent. Like a snake in the grass, that’s when the complacency will come back to bite you! Just because a child hasn’t had a reaction in years doesn’t mean they’ve outgrown the allergy. It’s important to have your child retested to determine the level of their allergy as they age. We have done this every 4-5 years. Morgan hasn’t had anaphylaxis since he was 10 years old (and that was to fish to which he had previously tested negative!). He still tests allergic to multiple foods. He hasn’t grown out of any of his ‘original’ food allergies. He’s just been cautious!

There’s also the child who uses food allergies and complacency to ‘get back’ at a hyper vigilant parent. Instead of being empowered to take on their own food allergies, they’ve resigned their condition to Mom or Dad to manage it. We ensured that our son knew he was responsible for his food allergy care and management. From the age of 4, he carried his EpiPens on his body when we left home. He began carrying his EpiPens at school once the law was passed in Colorado allowing him to do so, which was when he was 11 years old. This encouraged his awareness of taking care of himself. We involved Morgan in every decision about going to parties, family gatherings, and school activities. He needed to let us know what he felt comfortable with when food was involved. This encouraged him to be responsible for his food allergies.

I recently was at a parent event at the University of Denver speaking to a father about his son’s study abroad experience. I mentioned that Morgan was choosing among universities in English speaking countries because of his multiple food allergies. The father says to me, “My son has peanut allergies, and we never thought about mentioning that.” Thank goodness his son studied in Australia! For Morgan, he’s very aware that a language barrier could mean the difference of a wonderful study abroad experience and one where he ends up in an ER!

We aren’t relaxed about Morgan’s food allergies, and we aren’t so hyper-vigilant that he can’t live life. There’s a balance in between those two extremes. It takes practice and lots of communication with your child to find the middle ground. 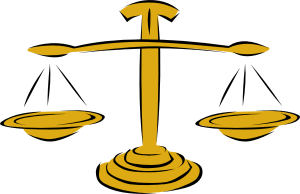 2 thoughts on “Why are some Parents too relaxed about Food Allergies?”