If you’re worried that this is going to be a political tirade – never fear. Instead, I want to share with you our family’s experience about the value of the Individuals with Disability Education Act (IDEA), Section 504 of the Rehabilitation Act, and the Americans with Disability Act on my son’s education. 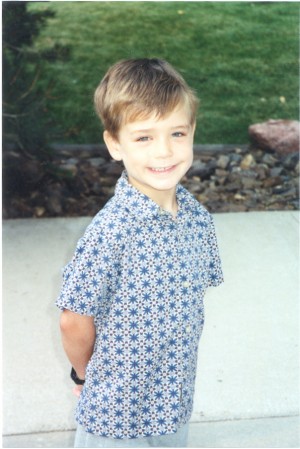 When my son, Morgan, started kindergarten in the Fall of 2001, we had already experienced every private preschool in our city denying my son entry. There was minimal food allergy awareness at that time, and no one had heard of a child reacting to touching peanuts! Preschool teachers and administrators were afraid to learn how to administer the EpiPen and didn’t want to take on the liability OR they didn’t want to provide an allergen free classroom. Therefore, they said they didn’t want him as a student.

This was heartbreaking to my husband and I. We had no idea what it felt like to be denied schooling for our child. I had big thoughts about filing a lawsuit against the various preschools, however I soon realized that I didn’t want to fight for Morgan to be admitted to a school that didn’t want to take proper care of him.

I continued my search, and my son finally landed in a public preschool within our school district, where the teachers were more than willing to provide an allergen-free classroom and to learn how to administer the EpiPen should that be needed. Thankfully, he had a wonderful experience, and never had an allergic reaction since they removed all of his allergens (peanuts, tree nuts, sesame, fish and shellfish) from the classroom.

Once he started kindergarten, the elementary school counselor had the foresight to put Morgan on a 504 Plan.  She had already met with the school district 504 Coordinator prior to the start of the school year, and had received approval. This provided accommodations for him to have equal access to the curriculum. The Plan was pages long outlining classroom safety, EpiPen training, field trips, playground monitoring, and stipulations for all the other classrooms he would visit in a school day being allergen-free in addition to many other items.

This was long before the ADA Amendments Act of 2008 when eating was added as a “major life activity”, so the school district was really stepping out to put Morgan on a 504 Plan, (which he kept from kindergarten through 12th grade). I know many of you reading this are likely still fighting for all the 504 accommodations you believe your child needs. We were completely blessed with a school district who not only understood the law, but also were child-centered and wanted to create a safe, educational environment in which every child can learn.

Parents of other children in the classroom (and the school!) weren’t happy about the accommodations, especially if it meant that their child couldn’t eat a Snickers bar for snack. The school Principal kept a strong backbone, and stood up for Morgan (and me!) more times than I can count. She knew the law, and she knew what was right and what was necessary for Morgan to be in school safely.

If you’ve been reading my blog (and newsletter before that), you know that we had many ups and downs through the years battling other parents bullying and ignorant teachers. Yet overall, our experience was good, because 1) Morgan never did experience an allergic reaction and 2) if there was ever a question that the 504 Plan wasn’t being followed, a Team meeting was immediately called and the Plan prevailed.

During Morgan’ senior year of high school, he applied for and received the Boettcher Scholarship, a 4-year, full ride scholarship (available only to Colorado high school seniors) to any Colorado college of his choice. Only 40 scholarships were given his graduation year, which makes it the biggest honor of any Colorado senior. This is what equal access to the curriculum can yield from a Free Appropriate Public Education. 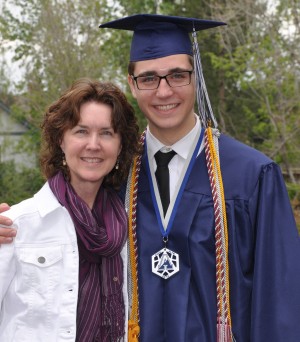 With all of our experience as a backdrop, when I read about the confirmation of Betsy DeVos as the Secretary for the Department of Education, after a hearing in which she, at best, is confused about the IDEA, and at worst, doesn’t realize it is a Federal law, I think of my son. What would have happened to his education had he not been admitted to an elementary school because of his food allergies? Or if he had been admitted, but had to worry every day about allergens in his classroom? You can’t learn in those situations. And it’s why we food allergy parents need to ensure that the IDEA remains in the forefront of Ms. DeVos’ mind as she seeks to revamp the entire public education system.