I have been a member and/or officer of several food allergy related non-profit groups for almost 20 years. I have the hope that when I send an organization my hard-earned money, they will be good stewards of my donation. 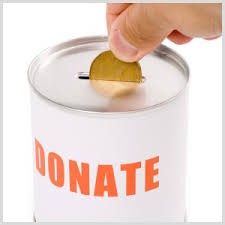 First a disclaimer – I am not a Certified Public Accountant. I majored in Finance, and have a Bachelor of Business Administration from The George Washington University. I continue to work in the field of finance providing financial management to several businesses, in addition to my work with AllergicChild.com.

The 990 is just one avenue to glean information about a non-profit. Utilizing Guidestar.org and Charity Navigator can provide additional information in your search for the best organization to donate money, in addition to annual reports of the organization and information from their website.

I reviewed the 2013 and 2014 Form 990’s  – the form required for a Non-Profit organization to file with the IRS – for FARE (Food Allergy Research & Education), APFED (American Partnership for Eosinophilic Disorders), KWFA (Kids with Food Allergies Foundation) and AAFA (Asthma and Allergy Foundation of America Inc). FAACT (Food Allergy & Anaphylaxis Connection Team) wasn’t yet in existence in 2013, and therefore didn’t have to file paperwork, however they did file in 2014. KWFA was merged into AAFA on July 22, 2013, however both organizations did file 990’s in that year; and the combination of the two organizations didn’t significantly change the percentages that I will report on.

FARE’s mission, as stated on their website, is to improve the quality of life and the health of individuals with food allergies, and to provide them hope through the promise of new treatments.

FARE is the largest food allergy non-profit organization with $15.5 million in total revenue in 2013. They spent 35% of this, or $5.5 million on salaries and employee benefits. Then CEO, John Lehr, received a total of $341,968 in salary and other benefits. There were 8 other key employees listed with salaries above $100,000; and a total of 72 people employed in calendar year 2013. They gave $2.1 million (or 13% of income) in grants. The largest single grant was for $825,423 to Mt Sinai School of Medicine for “Food Allergy Programs”. The only grant listed for “Research” was $122,070 to Stanford University School of Medicine. FARE was the only organization with investments or other securities listed on their 990. They listed 2,982,570 shares in “ARC” which is Allergen Research Corporation, which develops desensitization treatments for food allergies. These shares have a book value of $2.4 million. Charity Navigator gives FARE four stars overall, but only 3 stars for “financial”.

In 2014, FARE gave only $1.4 million away in grants: a paltry 10% of their gross income. “Research” was indicated in over $1 million of the grants. Charity Navigator has not updated their rating for the year end 2014.

AAFA’s mission, as stated on their website, is dedicated to improving the quality of life for people with asthma and allergic diseases through education, advocacy and research.

APFED’s mission, as stated on their website: To passionately embrace, support, and improve the lives of patients and families affected by eosinophil-associated diseases through education and awareness, research, support, and advocacy.

FAACT’s mission, as stated on their website, is to educate, advocate, and raise awareness for all individuals and families affected by food allergies and life-threatening anaphylaxis.

Summary: For the almost 17 million dollars given to these organizations in 2014, there is a little less than $1.8 million given in grants – and some of this is going toward educational grants and not toward research. The question becomes – do you believe in the mission of the organization? The vast amount of money is clearly NOT going toward research for a cure? Are you being helped by the conferences the organization provides; the educational webinars; and the lobbying efforts? Then send in a donation! However, if you thought your monetary donation was primarily going toward finding a cure for food allergies, I’d suggest finding somewhere else to donate!

One thought on “Follow the Money: Where is your donation to a Food Allergy Non-Profit going?”